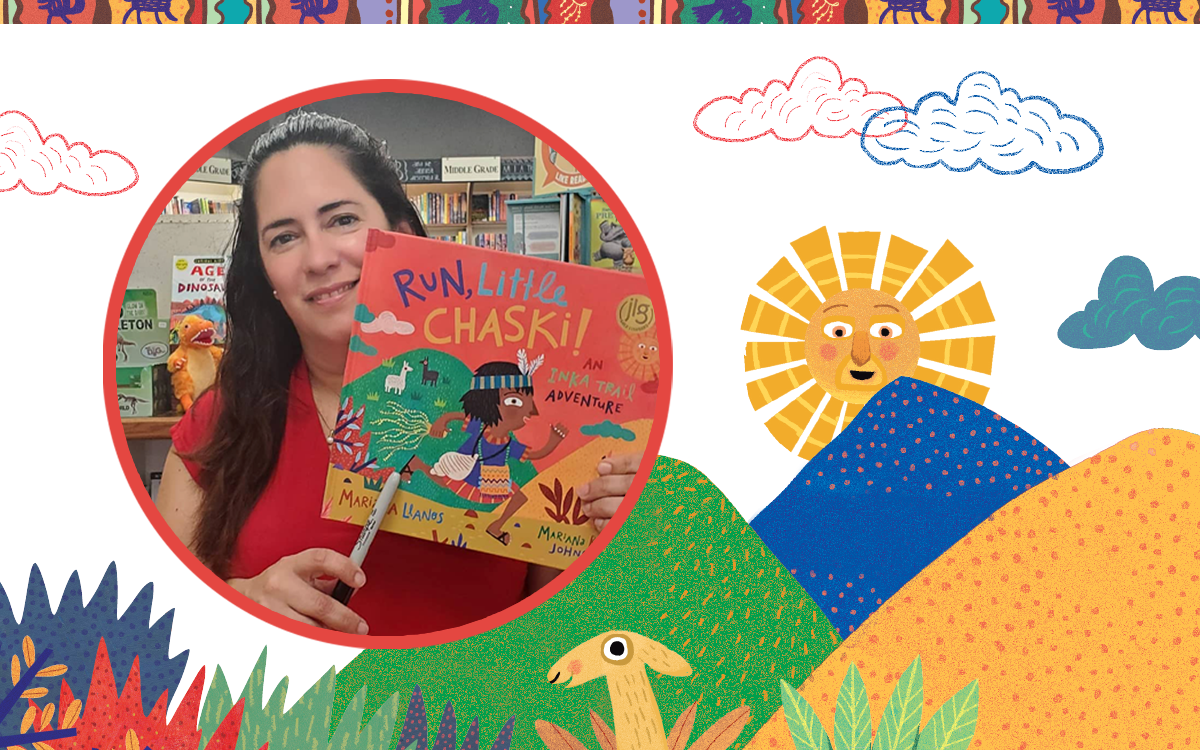 Below is a guest post by Mariana Llanos, author of Run, Little Chaski!: An Inka Trail Adventure, which is illustrated by Mariana Ruiz Johnson. In this tale set in the ancient Inka (sometimes spelled Inca) empire, the King’s newest royal messenger stops to help several animals in need along the way. Learn more about this boldly illustrated picture book from the author herself.

I take young readers on a journey through the Qhapaq Ñan. In this book, we’ll meet Little Chaski who comes from a long line of chaskis, on his first day at work delivering royal messages.

The history that inspired the book

High in the Andes mountains, the Inka developed a civilization like no other. Not only did they master masonry and engineering without the use of the wheel or iron tools, they also developed an advanced system of roads to keep their empire — the largest of the Americas at some point — together. On these roads ran the chaskis: men who were in charge of delivering packages, messages and other forms of communication. 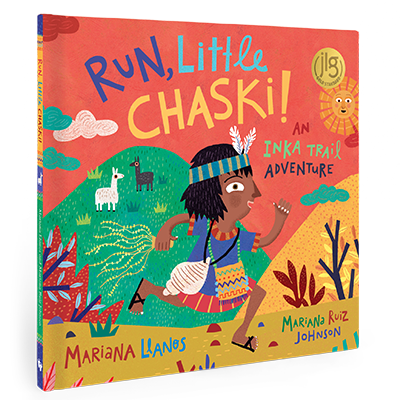 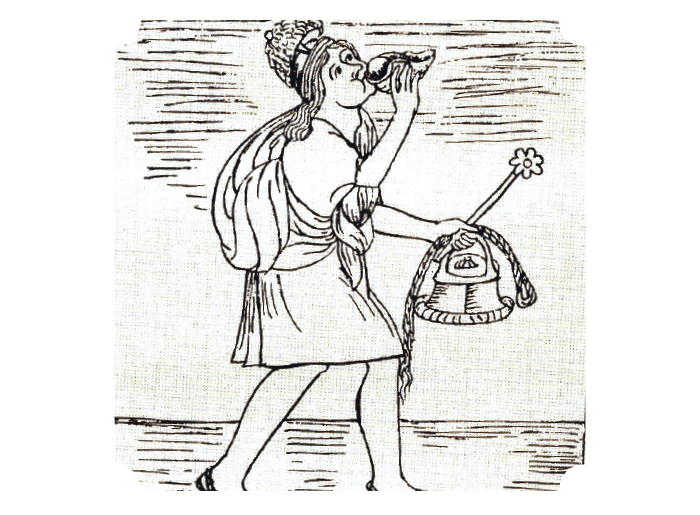 The chaskis were a relay system of couriers that ran through mountains, tunnels, and bridges which were all part of the Inka Trail (Qhapaq Ñan). Although the Inkan empire lasted only about 100 years, interrupted by the Spanish invasion, they were built on the ancient wisdom and technology of the peoples they subjugated to expand their territory.

To this date, the culture of the Inka is pretty much alive in the peoples of the Andes. The impressive constructions still stand to give testimony of their knowledge and ingenuity. Their language, Quechua, is spoken by millions of people across South America.

How to spark children’s curiosity about ancient Inka civilization

In my book, Little Chaski’s mission is simple: deliver a khipu (a recording system made of rope and hanging knotted threads) to the Inka at the temple before Tayta Inti (Father Sun) sets in the sky. But as Little Chaski runs on the road, he meets a chinchilla, an allqu, and a condor in need of help. Should Chaski ignore them and keep on his mission? Could he risk being late? 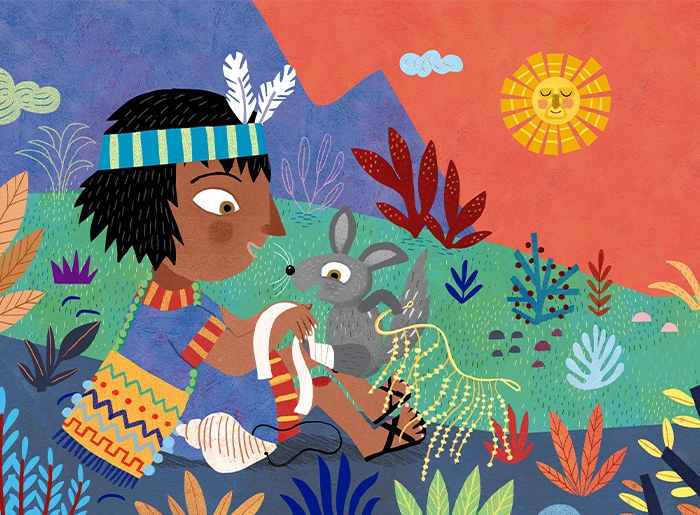 I hope this book serves as a way to incite curiosity about the Inka empire and all the amazing pieces of its history. The backmatter includes a glossary of words in Quechua, and facts about the Inka society.

The book is a fun read-aloud for young kids, or it could also be used to open conversations about kindness and doing the right thing with older grades. At the same time, it could serve as an engaging introduction to social studies about South America.

Get your own copy of Run, Little Chaski!

In this tale set in the ancient Inka (sometimes spelled Inca) empire, Little Chaski has a big job: he is the Inka King’s newest royal messenger. On his first day delivering messages he stops to help several creatures in need along the way, causing him to nearly miss his sunset deadline. But the kindness he bestowed on these animals winds up helping him in surprising ways. Descriptive language and bold illustrations give readers insight into Little Chaski’s nervousness and excitement as he runs the Inka Trail, working earnestly to fulfill the responsibilities of his new role.

Make a collage in the style of the illustrator Mariana Ruiz Johnson!

Variation 1: Other students can call out obstacles for the chaskis to act out. For example: Mountain! Lake! Steep hill!, etc.

Variation 2: Make the chaskis pass an oral message in the style of the telephone game (teléfono descompuesto in Spanish)

This game can be used in a Spanish language classroom using commands in Spanish. I hope these activities are helpful, but beyond that, I hope to instill in your students a desire to learn more about the great civilizations that populated the American continent before the Spanish invasion. These cultures continue to thrive today in our indigenous communities, and in our collective memory.

Learn more about countries and cultures with our global books 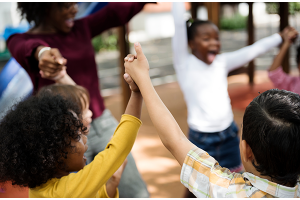 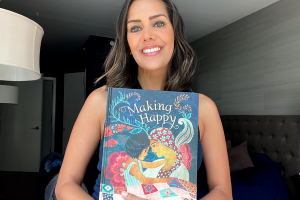 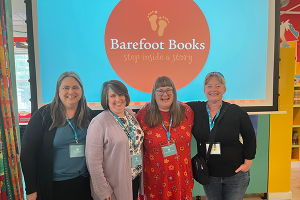